This cargo-passenger vessel was built in Trieste, Italy and launched in September of 1916 as the Hungaria. She weighed over 7,000 gross registered tonnes and was over 125m long. Of her four cargo holds two were in the bow section and two in the aft section. The passenger accommodations were right above the engine room. She was designed to accommodate 133 passengers in first class and 46 passengers in second class. There were dining rooms, smoking rooms, music rooms for the comfort of the passengers. 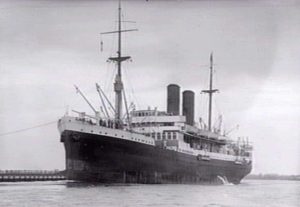 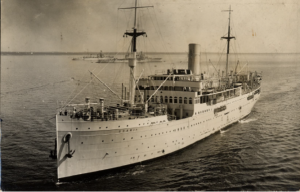