What does the average scuba diver physique look like?

At first, we should examine the anatomy and physiology of marine mammals. Let’s take the seal, for example, who is small but ample yet is still agile and comfortable in the water. Or let’s look at the dugong or sea cow, who, despite its size and name, lives its entire life in the water. With such body masses, moving uses up substantial energies. Their bodies are like of whales, their heads large, their limbs roundish, and still they are sleek. 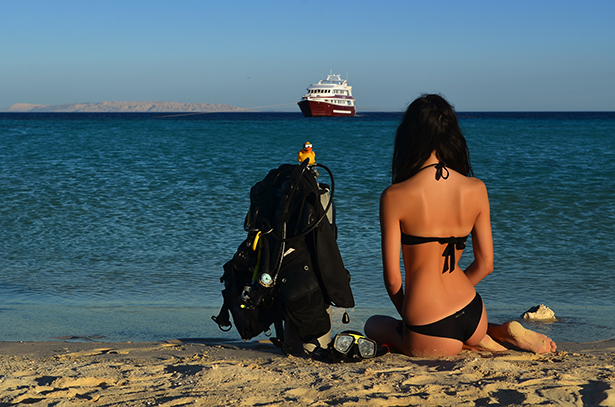 The physique of the blue whale is not particularly “ideal” either by simply being pretty huge. Despite their size, they cruise at about 20 km/hr and are capable of shorts sprints of up to 50 km/hr, especially when meeting up with other whales.

The slowest fish in the sea is the sea horse that can reach speeds of up to 16 km/hr. It is understandable why it prefers the close proximity of currents, especially given its unique posture.

The temperature control of sea mammals

One of the main issues is insulation. Mammals can maintain their body temperatures whether in the tropics or in the Arctic. It is equally vital for an African gazelle to lose the heat as it is for dolphins, whales and seals to maintain it in the cold waters.

Cetaceans are warm-blooded animals and they must maintain a near constant core temperature or they will perish. Heat in the water, even warm water let alone cold water, is lost more quickly than on air and the temperature control of whales is faced with special challenges in this respect. Mother Nature has the answers. 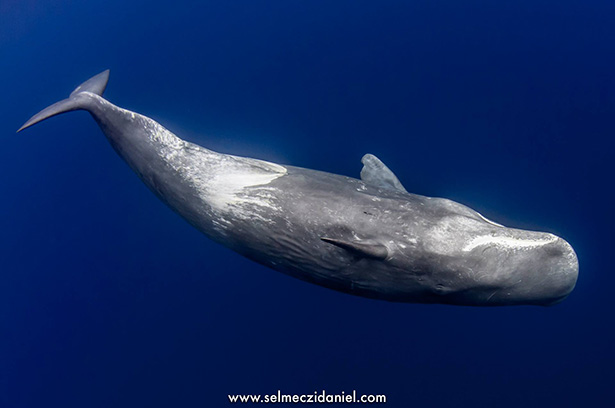 Heat loss is minimised by the large body of mammals. If we theoretically double the length of the body of an animal, its body surface quadruples and its body volume and mass increase by eight times. Thereby the body surface area per unit weight is reduced by half. Since animals lose heat through their skin, this way they are able to maintain their body temperatures. This is why there are no mouse-sized seals or dolphins – though would be very cute. J

The main temperature control organ is the fat layer beneath the skin. The thickness of this fat layer in larger whales can reach 50 cm. Among similar-sized cetacean species, the ones that live in colder climates, have a thicker fat layer just like the common brown dolphin that favours colder waters and whose fat layer is four times thicker than of the striped dolphin living in the tropics.

The fins are not “padded” with fat and this body part of dolphins and seals is the most susceptible to cold. This is why seals keep their fins above the surface during light frolicking in the water.

The speed of metabolism also depends on the water temperatures. When, as part of an experiment, a bottlenose dolphin was removed from a 25C-degree water and placed into a 15C-degree water, its energy consumption increased by 40%.

Marine mammals living in warm climates are also in danger of over-heating since their thick fat layer hinders heat reduction. This especially poses a problem to seals on land which is why they go into the water or lie in puddles and water holes on the shore any chance they get. They also fan wet sand onto themselves with their fins. Monk seals make depressions into the sand to lie in. In the case of cetaceans, in warm weather blood circulation intensifies in the blood vessels directly beneath the skin thereby increasing heat reduction.

So what does the average scuba diver physique look like?

Let’s look at the human side. We can all surely bring up examples of people with perfect physiques, who can do 200 sit-ups in a row, who run marathons and who are genetic success but for example are afraid of the water and avoid the bathtub if they can help it.

Under the water however these physical aspects take the backseat to other more important aspects like determination, tenacity, physical and spiritual health, ability to change, to mention a few. 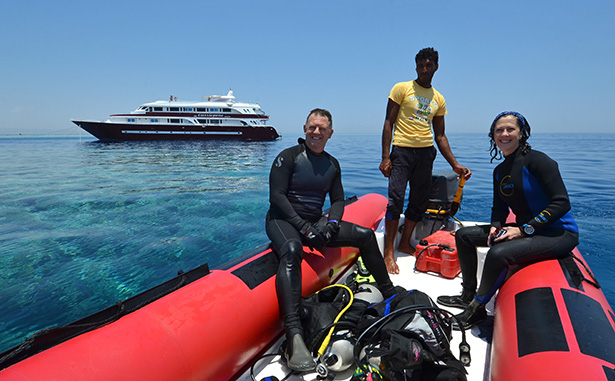 Well then, what does the average scuba diver physique look like? To tell you the truth, there is probably no such thing. Of course advantage is enjoyed by those with muscular, sporty bodies, who spend half their time in the gym but honestly, it is what is between their ears and in their chest that really counts.

This does not mean that a good physical state is not a plus but countless athletes with less than ideal physiques have proven that with hard work and persistence, exceptional performance can be achieved.

And last but not least, mastering the proper swimming technique is also extremely important without which the diver will not make headway efficiently in the water.

All this said, we can still observe some pretty spectacular and original swimming techniques under the water like the doggy paddle or the “stand-up” swim. It is also entertaining to see somebody fly by like a shooting star or somebody who is trying to get the right buoyancy with arms and legs flailing widely.

But back to the physique. There are as many body builds as there are personalities, so the best thing to do is to improve our physical skills to become better divers.

Good dives to you all! 🙂