The Claudia Reef – Diving at Fury Shoal in Egypt

The Claudia Reef (also known as Sha’ab Claudia) is a beautiful cavernous reef in the open sea. Dive boats usually moor at the south side of the reef. Right underneath the boats a sizable Napoleon fish often cruises. Most of the times swimming against strong currents is necessary before reaching the protection of the reef but on the way there is a chance to marvel at smaller coral reefs and clown fish stations.

The sides of the reef are mainly covered by soft corals hence visits by the local turtles are frequent here. Inside the reef is an expansive and spectacular system of caves between 6 and 9 metres which can be easily navigated and it is large enough to accommodate even a group of divers without crowding one another. Because the cave system is mainly open from the top, the inside becomes an amazing game of colours and lights when the sun is high. 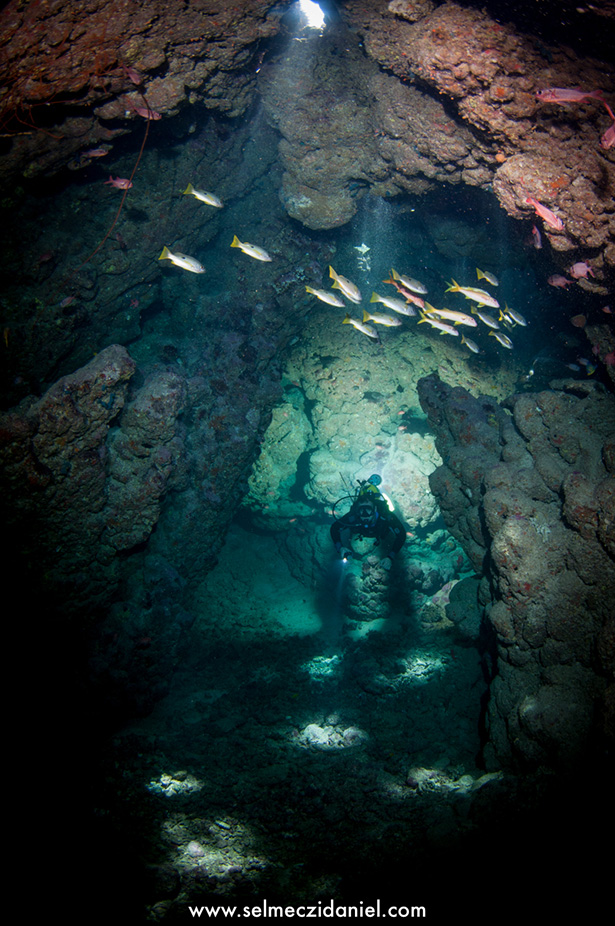 In the past fish also used to be habitants of the caves but because of the reef’s popularity with divers who come here from safari and daily boats alike, the fish have disappeared now.

Thanks to the relatively shallow location of the reef, it is also a favourite spot for underwater photography.