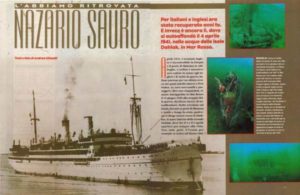 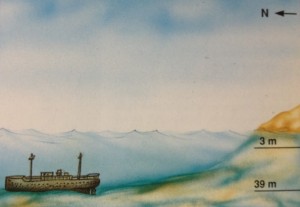 Let’s face it, Shaab El Erg is not the most beautiful or the most famous diving spot in the Red Sea. It is only one of the hundreds of reefs alike. This week we have had a few beginner divers in our group, so we had decided on this protected bay to be the site of the first dive. The 8-10m depth is perfect for a check dive.

After jumping into the water, the usual Red Sea marine life was waiting for us – tiny red fish near the reef, black and yellow angelfish in pairs and on the sea bottom, barbels were digging for food in the sand. Blue-spotted ray – check. Murena underneath the reef – check. We were about halfway into our dive when dolphins showed up unexpectedly. Their familiar whistles and the gentle easy with which they glided through the water took our breath away. They circled us a few times, took a closer look at us and then as quickly as they came, they disappeared. Once onboard, we were all excited to share our experiences with the dolphins. Can you imagine what an unforgettable joy it is for someone to meet with dolphins on their first ever dive in the sea!

On the following dive, two of the more advanced divers decided to explore the rest of the reef with underwater scooters. But they had to can the idea because as soon as they entered the water, the dolphins showed up again. They were behaving a bit odd, moving their heads up and down, swimming on their backs and taking a closer look at us but they were even more interested in the scooters. Once the divers had realised this, a happy game began to play out between them and the dolphins but let the video say it all:

I have been diving for more than 10 years and have almost 600 dives but I have never experienced anything this exciting! Don’t miss this place when you are in Egypt!

Dahrat Abid, Darraka, Miyum… wonderful untouched reefs, pulsing marine life and plenty to see! There are grey reef sharks, silky sharks, white-tip sharks, barracudas, hammerheads, dolphins, turtles… Every dive is an awesome experience! Our dive suits can be left on the boat and wear only our shorties in the 30-degree water. We take in all the non-touristy sites of the Red Sea during our 2-week Deep South diving safari trip. We always find an abundant marine life unparallel to anything we had seen before.