Today is about fish again because we have seen marvellous things in Egypt! Like a Rhina Ancylostoma and a Stegostoma Fasciatum or Varium. And this is only the beginning as we have just barely left the harbour… and all this at the beginning of a classical North safari.

Usually March is not the most preferred month for divers in Egypt. But we still like sailing then too, map out the underwater scenery without that all that “popularity” down there. And we have found something this week without even trying. We are doing a classical North tour.

There it lay, a few metres from the wreck of Dunraven at 28m deep on the sandy bottom, a bowmouth guitarfish, 2.5m long. If you wish to dive and see it, even if only in your imagination, you can do it here: http://en.wikipedia.org/wiki/Bowmouth_guitarfish 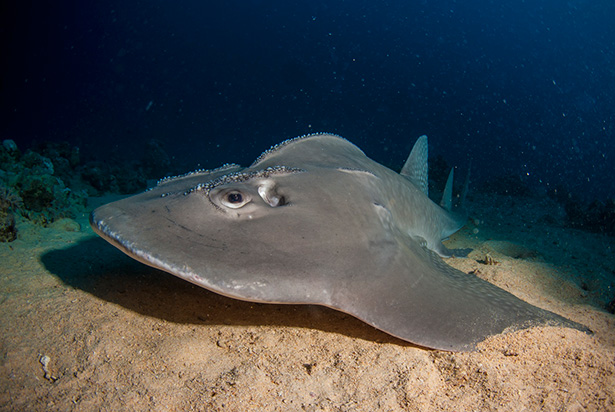 We had similar luck yesterday at the Woodhouse Reef 10 minutes into our dive where at 20m deep we ran into a 1.5m long zebra shark lazily lying on the sandy bottom. Zebra sharks can be found a bit more frequently in the Red Sea but they are still not an everyday occurrence! 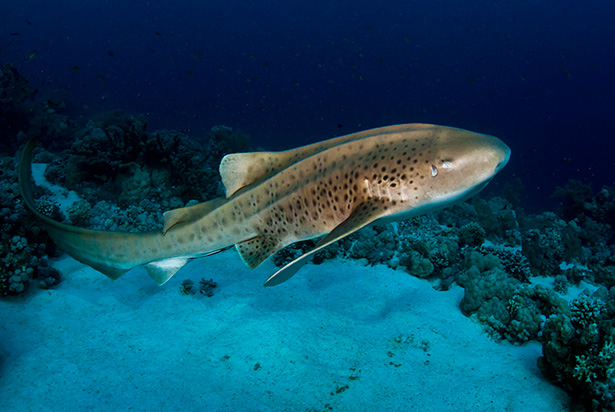 By the way, the air temperature is about 28C, perfect for a safari! J

We are happy to report that our third week was a success too! The Sun is already well in the month of the Pisces and we keep threading the waters of the Sudanese Red Sea (as well) week after week in order to see and be able to show you more and more fish. Among last week’s offer were hammerheads, and not just a few, grey reef sharks, jackfish and the inevitable schools of barracuda. And for dessert, we were able to marvel in a full moon as well.

We have started out with stronger winds, we were fighting the elements but despite it all, we were able to visit all the sites in our North itinerary. The usual 4-hour boat ride between Shaab Suedi and Shambaia lasted 5 ½ hours this time. Thankfully the winds had quite died down by the second night and the rest of the week was calmer, sometimes a bit cloudy but warm.

This week again we were focusing on the large fish, we were scouring the big blue around us where we could expect sharks to appear. We counted 20 hammerheads at Angarosh. At Quita El Bana 10 nice specimens circled 3-4m above us and Shaab Rumi was true to itself again with grey reef sharks showing up and 2-3 hammerheads swimming near us.

The schools of barracuda and jackfish at Shaab Rumi left everyone in an awe. The waters were clear at Cousteau’s Precontinent and at Umbria as well. Taking advantage of this, we wandered in the entire wreck.

A new week is coming, new hopes are rising and next week we are coming back with another report.

If you have missed last week’s happenings, click here to catch up:
Angarosh – the Mother of Sharks
A Perfect Start in Sudan

Let us look a bit further South in Sudan… they say it is worth your while! So, we have decided to cruise around for a couple of weeks. The 5* Andromeda’s first Deep South safari in Sudan will be in June this year.

We will map out the whole Deep South area for you beforehand, so when you arrive, we will be able to show you only the best sites in the region! We will find the best sites to set anchor, the best places with the most amazing marine life and the most favourable visibility. We will check out current directions and strengths and design the perfect dives and itinerary for you.

This is a truly unique experience full of the unknown, the never-seen, the out-of-reach – until now. The goal of this 2-week expedition safari is to show you as many as we can of the best sites in the Deep South of the Sudanese Red Sea. 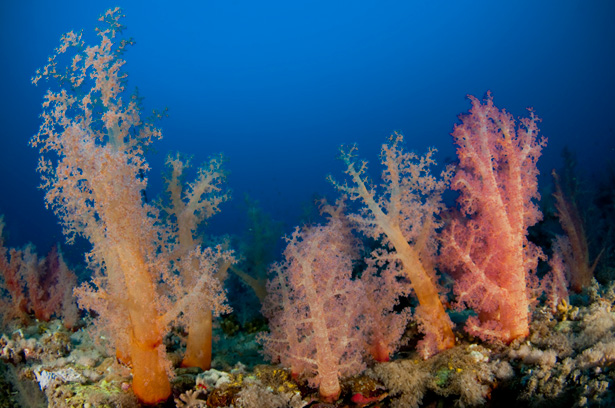 If you are adventurous and just cannot get enough of diving in one of the leading divers’ destinations in the world, then join us! Destination – Deep South Sudan! 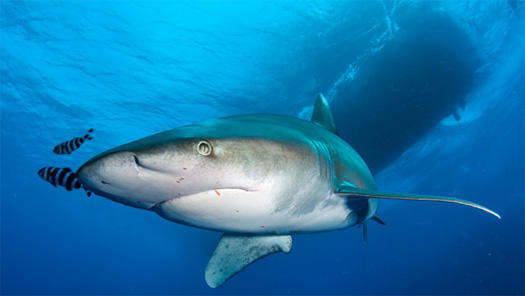 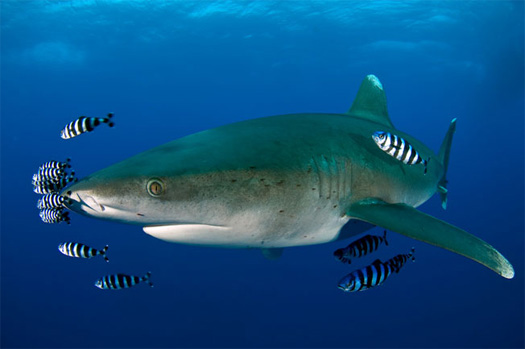 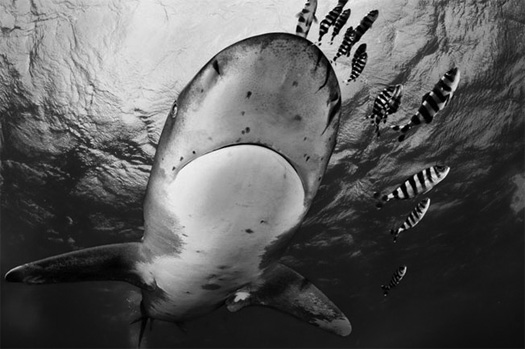