This week the hammerhead sharks took backstage to the grey reef sharks. And did they ever perform – they were seen at almost all reefs. The first two days were a bit windy then the seas calmed down.

Because of the winds, we had to start the tour in the north where this time there were no currents, so there were no hammerheads either. BUT there were plenty of grey reef sharks and very up close. As the other boats had arrived at Shaab Rumi, we moved on to Sanganeb. There were hammerheads at Logan Reef but it was impossible to stay on the plateau for longer than 30 seconds because of the strong currents. We were hoping that we might be able to catch some at Jibna but there were no currents there either, so after one dive, we continued on to the North side of Sanganeb. Here, we got lucky. Both our groups had the chance to meet up with a school of 20 hammerheads. 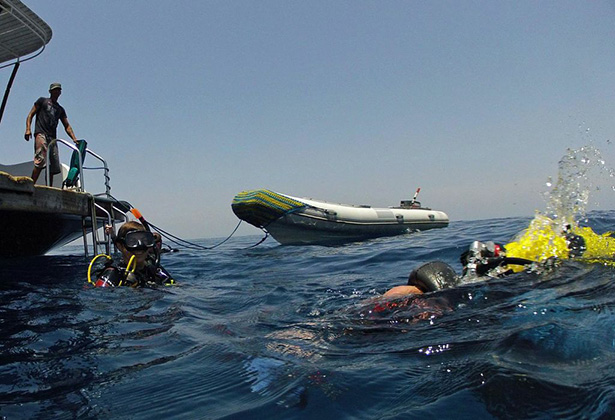 Besides the usual shark dives, we must also mention that Cousteau’s Precontinent is getting more and more colourful by the year! It is amazing how the seas had accepted and made their own the used-to-be underwater research base. If you decide to take part in a Sudan safari, we strongly recommend watching Cousteau’s movie “Precontinent 2”. This way it will be even more exciting to dive at this site in person. 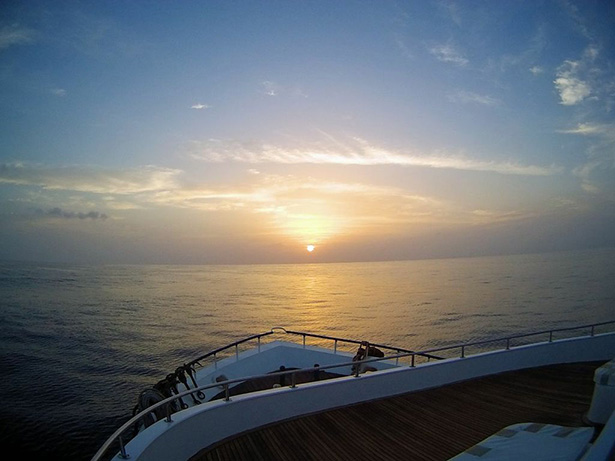 Caught between dolphins and sharks
Scooters in action!
Sudan, the Jolly, under and above water
An Eiffel Tower in Sudan
Manta, hammerhead, barracuda!
The sharks winked back!
Angarosh, the “Mother of Sharks”
A perfect start in Sudan!
Fish parade in the month of the Pisces!

Sudan in Africa is one of the most beautiful places in the world to go on a scuba diving holiday any time of the year. New or experienced scuba divers can choose from a variety of areas and destinations. There are untouched coral reefs including the world famous Shaab Rumi where Cousteau conducted his experiments.

There is also the wreck of Umbira, a 150m long WWII ship that sank in quite shallow waters, making her easy to dive. You will see tube sponges and soft corals hanging from the walls and arches of the reefs while you’re scuba diving on a luxuary liveaboard in Sudan. 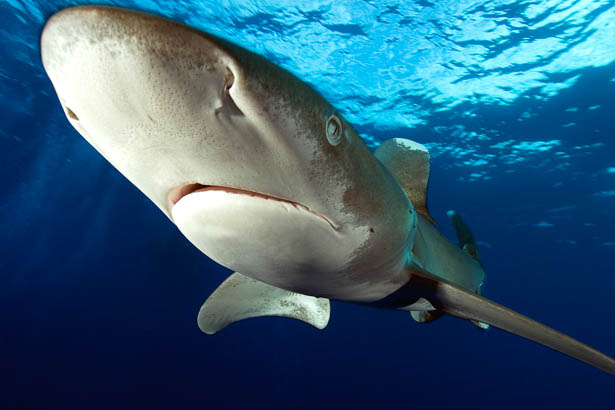 The number of boats and liveaboards in Sudan offering diving safaris is about 8-9 (in Egypt there are hundreds), so during the diving safari holiday scuba divers do not meet other cruises or liveaboards and do not have to fight for space underwater with other scuba divers. The scuba dives are only for the group and the dive sites can be enjoyed without the crowds.

Sudan is mostly famous for its sharks, schools of barracuda, untouched coral reefs and mainly in the south, for the large schools of hammerheads.

On the last day of the diving safari when the boat sails back to the harbour, the guests can visit the island of Suakin, which was once the main port city in the Red Sea. Today it is a white virtual ghost town, famous for its houses built from coral “bricks”.